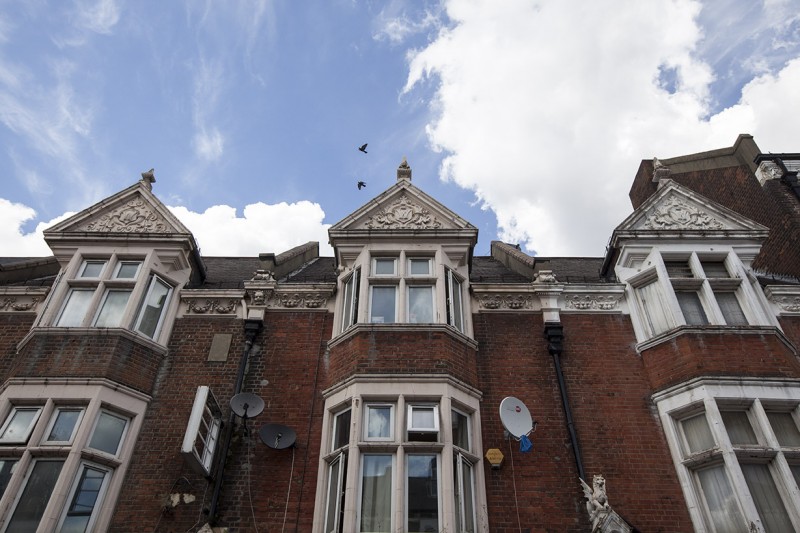 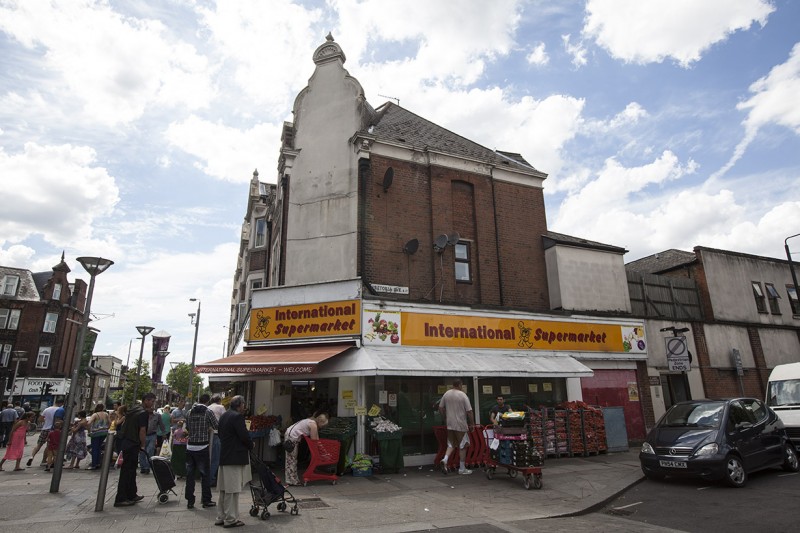 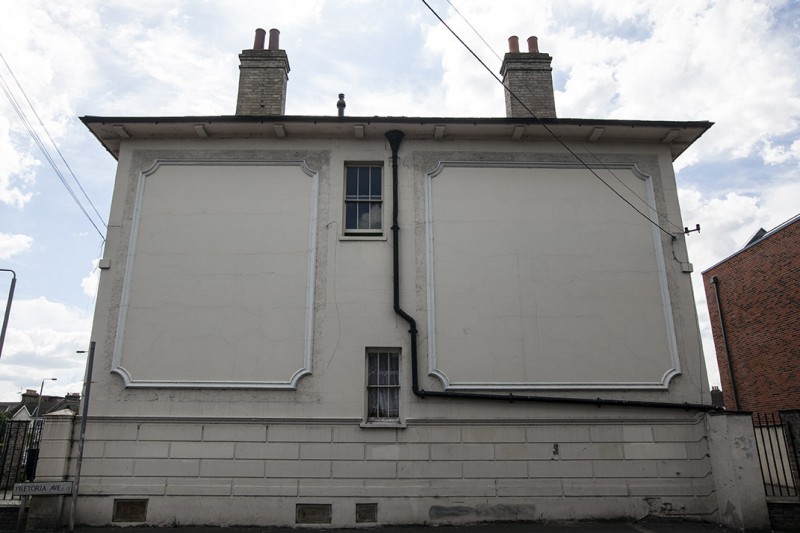 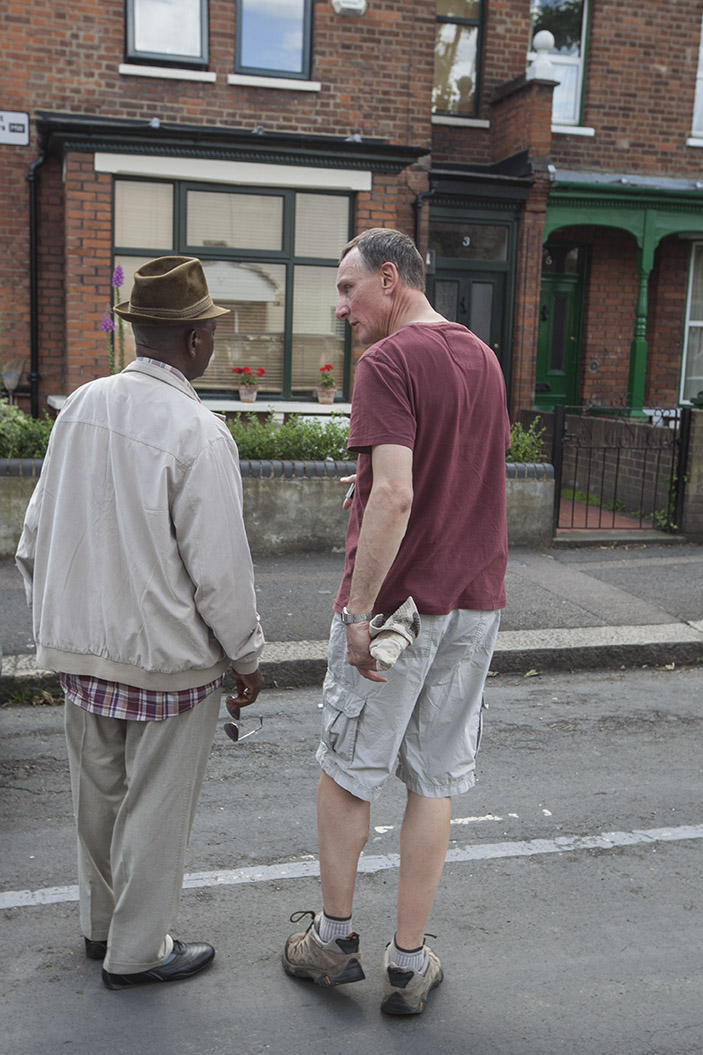 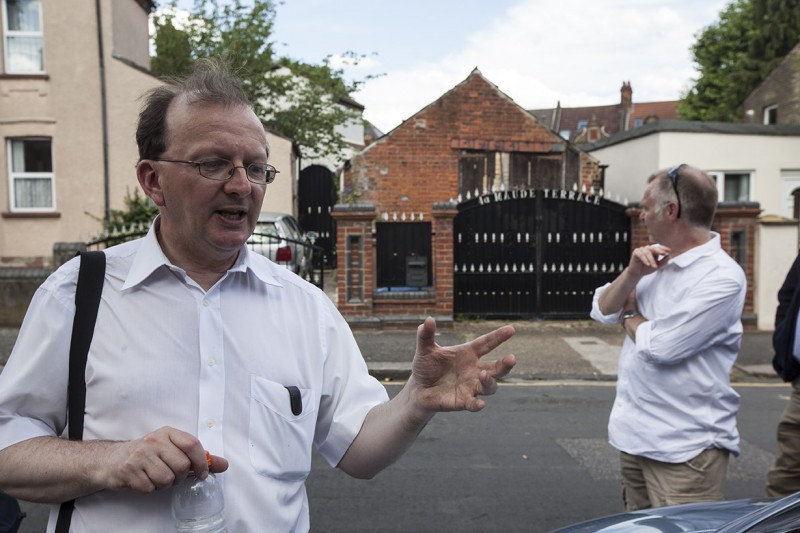 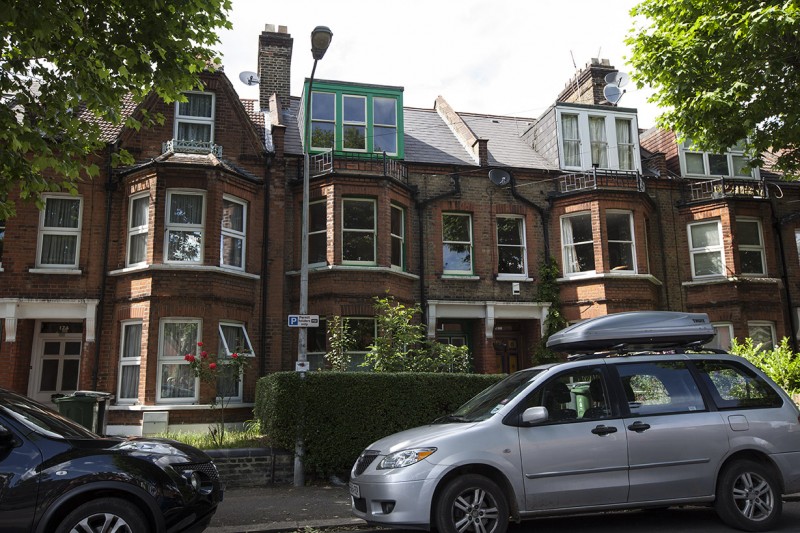 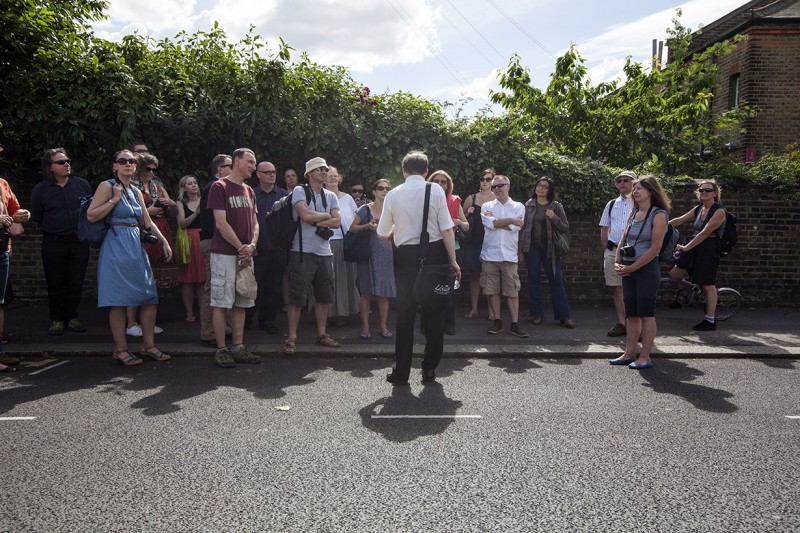 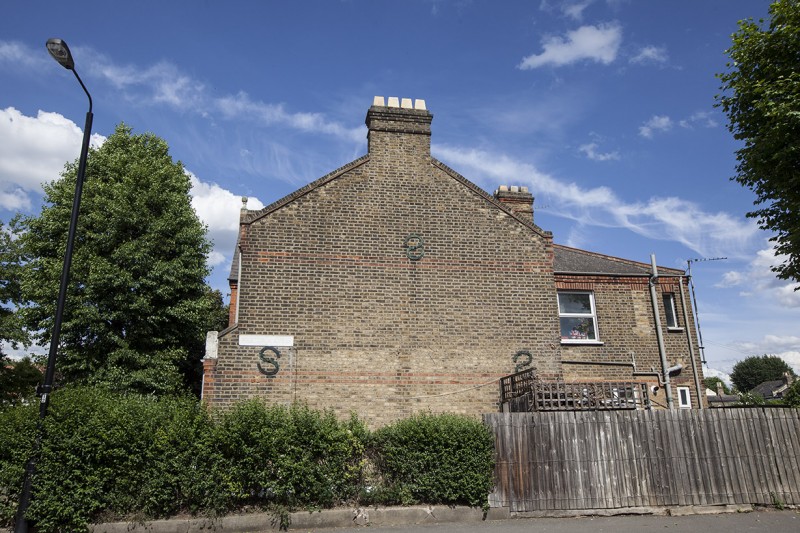 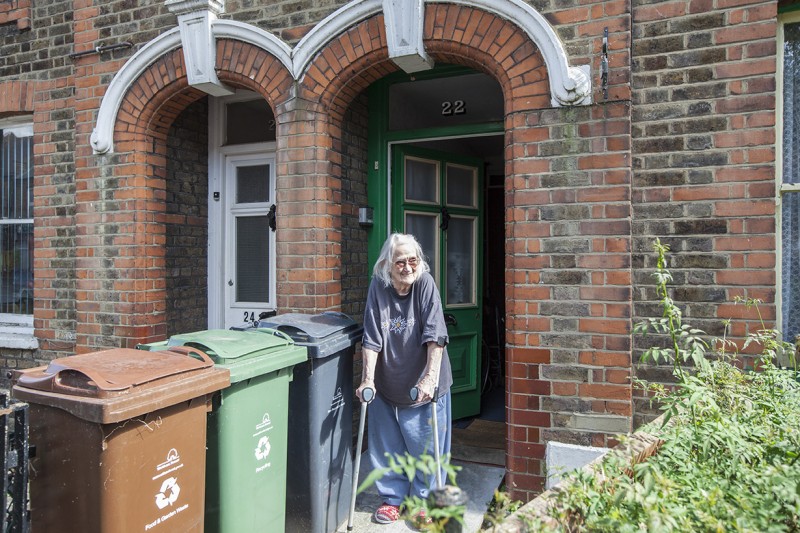 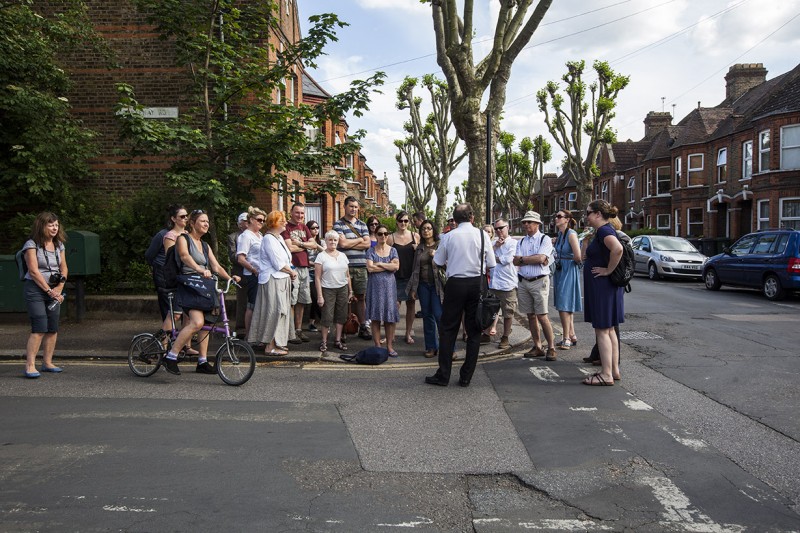 Thanks so much to everyone who came on the photography walk with Walthamstow Historical Society yesterday, and thanks in particular to Neil Houghton, for leading what was a really fascinating and entertaining 2 hour walk.

We started by Station Florists, St James Street station walking around to the side of the station to Courtenay Place and Courtenay Mews, as Neil explained this was the site of some of the Warner’s first developments and the site of a notorious murder – during the trial the state of the housing conditions was described as slums. These were later demolished, and in their place is an open bus garage.

We moved on to the shops at the bottom of Walthamstow High Street, Warner’s developed this as purpose built shops with living accommodation for the works in the pitched attic, looking closely at these buildings, they’re beautiful – you can still see the trade mark ‘W’ and they are ornamental dragons along to the top of the shops. These buildings are not currently listed and in theory there is nothing stopping them being demolished. We walked along Pretoria Avenue, stopping at the plaque for Pete Curran MP – he was the first Labour MP in the North East who led a ferocious parliamentary onslaught on the use of armed troops against striking workers, and whose Parliamentary activity and leadership brought about a lasting change in public and parliamentary attitudes to the resolution of industrial disputes through peaceful means.

Along Pretoria Avenue we stopped at the side of the Clock House to view the Victorian advertising hoardings on the side of the buidings, learning some of the history of the Warner’s former family home. We then walked around the corner to Maude Terrace and up Northcote Road. We finished the walk by looking at some architecture built at a similar time but of poorer quality, followed by the post war developments on Blackhorse Road and finally walking down Courtenay Road to the site of the former off license.

A particular highlight was also the contribution of Eileen Jennings, in her 80s, Eileen was born in the flat she still lives in, she came out of her house to give us a first hand account of what living on the Warner Estate was like.

For anyone who attended, and who wants to share photographs – please do so by uploading to our Flickr group.