We have set up a Flickr group to allow the archive of photos about the Ex Warner Estate in Walthamstow and Leyton to grow, please visit and contribute any photos you would like to share. When uploading photos, please tag them with keywords such as, exwarner, warner, exwarnerproject, walthamstow, leyton, etc. We hope that these photos may form part of an important archive and be included in future exhibitions. 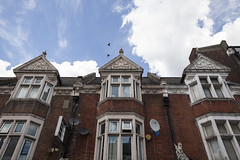 Edward Road E17 - by Duncan Holmes
I was amused to see this photo used on a local estate agent's flyer. Especially since they had obscured the houses with their text leaving the distinctive pollarded lime trees the most visible thing. Taken on a sunny evening back in 2008. 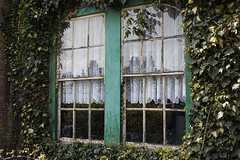 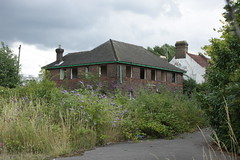 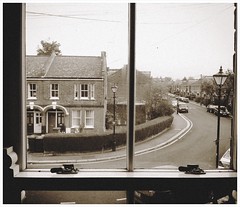 Leucha Road, Walthamstow - by new folder
Half houses on the Warner Estate. 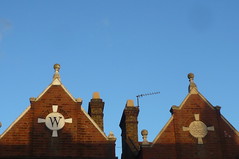 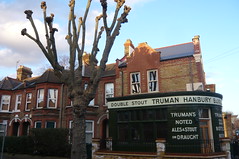 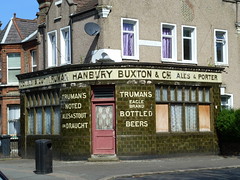 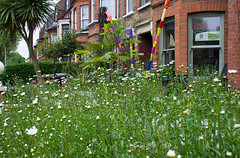 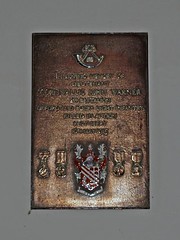 Cornwallis John Warner 1915 - by david.robarts
Thorpe Morieux, Suffolk Lieutenant Cornwallis John WARNER 3rd Oxfordshire and Buckinghamshire Light Infantry Date of birth: 1 February 1889 Date of death: 16 May 1915 Killed in action aged 26 No known grave. Cornwallis John was born at Highams, Woodford Green, Essex, the son of Colonel Sir Thomas Courteney Theydon Warner, 1st Bt, CB MP formerly Lt Colonel and Hon Colonel commanding 3rd Oxfordshire and Buckinghamshire Light Infantry, Lord Lieutenant in the County of Suffolk, and Lady Leucha Diana neé Maude sixth daughter of Cornwallis 1st Earl of Montalt. Educated at Eton and Christ Church he was called to the Bar in 1910, and in December of that year unsuccessfully contested Salisbury as a Liberal candidate. He joined 3rd Oxfordshire and Buckinghamshire Light Infantry as 2nd Lieutenant 25 July 1906, and was promoted Lieutenant on 5 March 1910. He resigned in May 1914, but rejoined 26 September following. He went to France on 26 December 1914 where he was attached to 2nd Battalion of his Regiment and was killed in action at Richebourg L’Avoué on 16th May 1915. His Commanding Officer wrote “I cannot say how I miss your son. He did such excellent work last spring that if he had been spared at Richebourg as far as I am concerned he would have commanded a company here ever since. There are a thousand and one jobs I would have given him to do. He was such a very useful and reliable officer in so many ways.“ His name is on the Le Touret Memorial Panel 26. From the London Gazette dated the 4th day of February, 1916. CORNWALLIS JOHN WARNER, Deceased. Pursuant to the Statute 22 and 23 Viet., cap. 35. NOTICE is hereby given, that all persons having any claim against the estate of Cornwallis John Warner, late of 3, Cork-street, in the county of London, a Lieutenant in His Majesty's Army (who died on the 16th day of May, 1915, and probate of whose Trill was granted at the Principal Probate Registry, on the 2nd day of February, 1916, to Arthur Morris Lloyd, the executor therein named), are required to send in particulars thereof to the undersigned on or before the 25th day of March next, after which date the assets of the; deceased will be distributed by the executor, and regard had only to the claims of which he shall then have had notice.— STANTON and HUDSON, 108A, Cannon-street, London, E.C., Solicitors for the said Executor. He left £11,595 17s 0d There is a memorial to him in the church of St Mary, Thorpe Morieux, Suffolk “Close by is a bronze tablet for Lieut. Cornwallis John Warner who was killed in 1915; it has his arms in enamelled colour, with replicas of his four medals and there is a duplicate at Brettenham.” 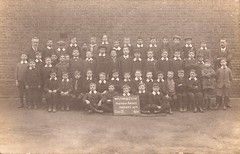 Walthamstow school, Pretoria Avenue, Feb. 1916 - by Mike Gerrish
This might be what is now known as Stoneydown Park Primary School in Walthamstow, in the Waltham Forest area of North East London. How many of these childrens' fathers were fighting in the fields of France, when this picture was taken? 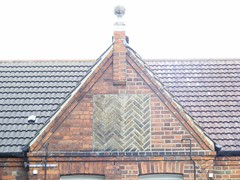 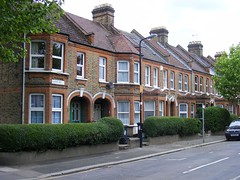 The Warner Estate in Lloyd Road , E17 - by sludgegulper
A couple of original doors, and one in the Warner Estate colour scheme poke out from the arches. Two doors per archway to these maisonettes built c 1895- 1908 to house workers in the booming industrial area along the River Lea in Walthamstow and Leyton. The development was done by Sir Courtenay Warner (Thomas CT Warner, d 1934) who became High Sherriff of Essex, and MP for Lichfield 1896-1923. A more upmarket estate was laid out at Woodford Green much later in the early 1930s - the Highams Estate Courtenay Warner inherited his father's estate of Walthamstow Manor of Higham Benstead which had been bought in 1849, and continued developing it and associated lands. Names of the streets were after people places associated with the Warner family, especially in Suffolk. The Warner Estate Company Ltd was registered in 1891 with its own building arm, Law Land Building Department Ltd. This particular development followed the opening of the nearby Blackhorse Road railway station in 1894, when the skilled working classes were attracted to industry north of Ferry Lane. The name LLOYD derives from Edward Lloyd who had an extensive estate throughout Walthamstow and which, I suspect, part was bought by Warner for his developments. Lloyd also owned Water house, formerly the home of William Morris, which, together with its grounds, was gifted by Lloyds's family to the people of the borough as Lloyd Park. Map of area, with sights here